The city of Timisoara is documented since the thirteenth century. The first documented testimony of the Timisoara is controversial, being placed by specialists in 1212 or 1266. In 1342, Timisoara is mentioned with the title „civitas” – city. The archaeological discoveries however indicate the existence of a Roman settlement, possibly a city, on today’s hearth of the city. The name Timisoara comes from Castri de Thymes (a fortification built at the beginning of the 11th century for the surveillance of forests and roads), which kept the old Daco-Roman name of the Timis river.

Due to the strategic location, the history of the old city of Timisoara is marked by the involvement in the struggle to stop the Ottoman advance towards central Europe. The fortress of Timisoara was built in the eighteenth century, on the swamps left by the floods of the Timis and Bega rivers. Moreover, the surrounding swamps have long been a natural fortification of the fortress. The construction of the Bega Duct, starting in 1728, led to the restoration of the swamps and the improvement of the lands.

Timisoara received a special impulse during the reign of King Carol Robert de Anjou, who after his visit in 1307 ordered the construction of a royal palace here. Moreover, during the feudal anarchy, it will move the capital of Hungary to Timisoara. The appointment of Iancu of Hunedoara as commander of Timis, in 1440, marks a special chapter in the history of Timisoara. He transformed the city into a permanent military camp and into his residence, moving here with his family. Thus, the fortress remained in the possession of the Corvins until 1490.

A special episode in the history of Timisoara is represented by the siege of the fortress by the host of the rebellious peasants, led by Gheorghe Doja. The rebel armies, consisting of Romanian and Hungarian servants, were to be defeated near Timisoara, by the Ioan Zapolya committees. Legend has it that the place where Doja was killed, put on a chair branding iron and burnt alive, is marked by the statue of St. Mary, on the market with the same name.

In 1552, the Ottoman army, commanded by Ahmed-Pasa, conquered the fortress and transformed it into the capital of Ottoman vilayet, and in the castle of the fortress a settler was installed, with a rank of paşa or even a vizier. For 200 years, Timisoara was under Ottoman rule, being under the direct control of the Sultan and having a special status, like that of the cities of Belgrade or Buda. The fortress was used as a strategic starting point for the military campaigns in the northwest.

In 1716, Prince Eugene of Savoy regained the fortress, which marked the beginning of 200 years of domination, this time Austro-Hungarian. The central area of the city bears the suggestive name of Cetate and has undergone important changes especially during the Habsburg domination. Its almost complete restoration was ended in 1765, when it was considered one of the four main cities of the Habsburg monarchy. The entire ensemble of buildings in the Cetate neighborhood and in the Iosefin and Fabric neighborhoods are considered historical monuments and constitute a proof of the tradition of modern urban planning, starting from the 18th century, with the arrival of the Austrians. The city center, located in the old Citadel, has been remodeled, with squares and straight streets. The constructions were well aligned, and the buildings at the corners of the streets had to have additional architectural elements. Predominant was the Baroque style of Venetian influence, which gave Timisoara the name of „Little Vienna”.

At the end of the 19th century, the urban structure of Timisoara underwent an extensive modernization process. Former bastions and military spaces were demolished and replaced with new boulevards and neighborhoods. Later, at the beginning of the 20th century, the remodeling of the central area coincides with the introduction of the Art Nouveau, secession and eclectic style in the city’s urban landscape. The last architectural current that influences Timisoara is the Romanian one, introduced with the passing of Banat under Romanian administration, at the end of the second decade of the last century.

A special feature for Timisoara, unlike many other cities in Romania, is the fact that here, for hundreds of years, live in complete harmony, various nationalities, so that in Timisoara, besides the Romanian language, the Hungarian, German and Serbo-Croatian languages are spoken today. The Fabric and Iosefin districts keep intact the diversity of the ethnic groups and craftsmen who built them, while the marginal neighborhoods, such as Mehala, Iosefin or Freidorf, preserve the typical features of the traditional villages of Banat Swabians. Finally, a special charm is given by the parks and green spaces in the central area, Timisoara being nicknamed „city of parks and roses”.

Our experience at Exit Festival, the first international music event after the Covid-19 crisis

Exit Festival 2021, a major event accessible to the citizens of Timisoara 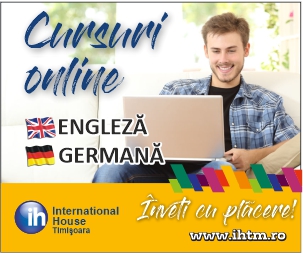 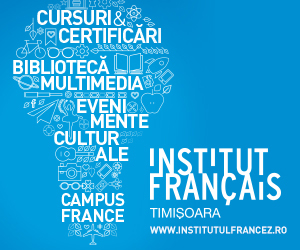